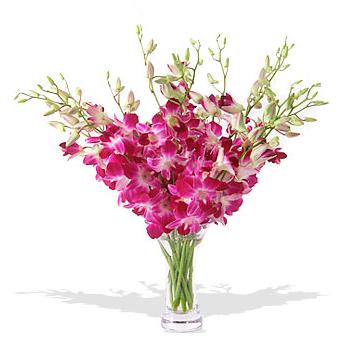 “Now there was a famine in the land -- besides the previous famine in Abraham’s time -- and Isaac went to Abimelek king of the Philistines in Gerar. The LORD appeared to Isaac and said, “Do not go down to Egypt; live in the land where I tell you to live. Stay in this land for a while, and I will be with you and will bless you. For to you and your descendants I will give all these lands and will confirm the oath I swore to your father Abraham” (Genesis 26:1-3).

“Isaac planted crops in that land and the same year reaped a hundredfold, because the LORD blessed him” (Genesis 26:12).

The Lord instructed Isaac to stay in the land of the Philistines for a while (enemy territory at that time), and the Lord said, "I will be with you and will bless you.” His stay was to be “for a while.”  We can all identify with being in an uncomfortable place for a while. Scripture doesn't indicate how long of a period that was for him, but from our perspective sometimes “a while” can feel like a very long time; yet there is no greater assurance that while we wait, His presence and His blessings are made known to us.

God promised Isaac that He would confirm the oath or covenant that was given to his father Abraham and his descendants. Isaac knew that the “enemy land" he found himself in was also the Promised Land, so he chose to see past the dry, cracked earth beneath him. In complete faith he sowed into the promise! Isaac was blessed through the covenant given to his father Abraham. He knew the earth had to align with that promise so he planted a crop and reaped a hundredfold that same year.

The word used for sow or plant in the Hebrew means to conceive or become pregnant. Isaac was not only the child of promise; he was also full of promise. We may be expectant with promises and dreams that have started to take root, but that have not yet come to fruition. Before something is birthed, there is a waiting period. The Lord will use the waiting time to mature us and also to mature what He has placed within us.  While circumstances like Isaac’s may be all around us, we know that we are in Christ, joint heirs, the offspring of Abraham, and God's blessings are ours. “If you belong to Christ, then you are Abraham’s seed, and heirs according to the promise” (Galatians 3:29).

All of God’s blessings are available to us as we take hold of the truth that we are Abraham’s seed and heirs to the promise!!! “The Lord delights in the well-being of his servant” (Psalm 35: 27).

We can be certain that the famine in Isaac’s day was very disheartening. How could he plant and reap in such impossible circumstances? He trusted in and had faith in the promises of God.

Your situation may appear impossible too, the very opposite of what God has promised. Be encouraged, the Lord is with you and present in the midst of the impossibilities you may be facing.  Psalm 37:18-19 is powerful and says, “The blameless spend their days under the Lord’s care, and their inheritance will endure forever. In times of disaster they will not wither; in days of famine they will enjoy plenty.”

Like Isaac, we are given the assurance of the promise, Galatians 3:14 says, “He redeemed us in order that the blessing given to Abraham might come to the gentiles through Christ Jesus, so that by faith we might receive the promise of the Spirit.” The Lord is the promised gift, given by the Father, our greatest blessing!  He is in our midst to make the desert places bloom like a rose!